Catherine Leutenegger, a Swiss visual artist and photographer will present her work ‘Kodak City’ at the Biennale and also conduct workshops. The work, a critical artifact in the preservation of what was once in world photographic history, documents the remains of Kodak’s home, Rochester, New York.

About Catherine Leutenegger
Catherine Leutenegger is a visual artist and photographer based in Switzerland. Her first monographical book titled Hors-champ revealing photographers’ workspaces, was published by Infolio through the Manor Cultural Award 2006 which includes a generous cash prize and an exhibition at the Musée de l’Elysée curated by William A. Ewing and Nathalie Herschdorfer.

The Kodak headquarters were founded by George Eastman in Rochester, New York, in 1888. In its prime, Kodak employed thousands of people and turned Rochester into a wealthy town. After the digitalization of photography, the business declined. Catherine Leutenegger’s ‘Kodak City’ series, reveals what remains of Kodak as a business and the ways in which the decline of the company impacted the city of Rochester. It is a testimony that is both engaged and objective, covering a part of America’s industrial heritage that faces inevitable disappearance. It is also a way of paying homage to the father of modern photography, George Eastman (1854 -1932) in his hometown, which he transformed into the cradle of the world’s collective memory for the entire 20th century. 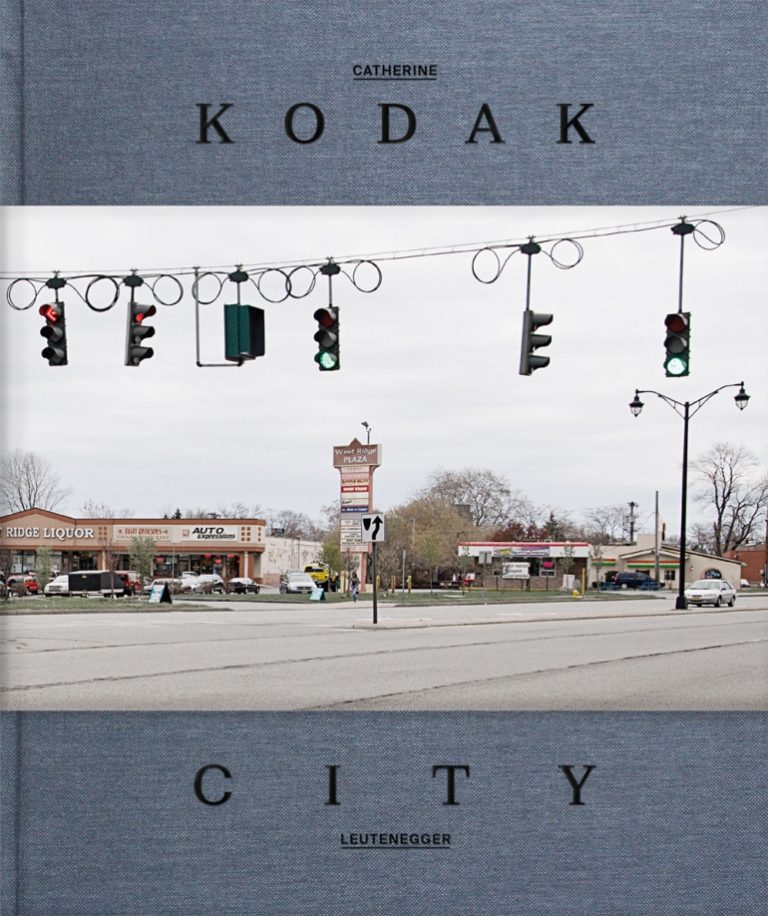 The Manor Award established in 1982 by Philippe Nordmann represents one of the most prestigious acknowledgements of artistic merit and one of the most significant promotional instrument within the contemporary Swiss art scene.

Beside she is the recipient of several major fellowships including the Prix Culturel de la Photographie 2018 (Fondation Vaudoise pour la Culture), two Swiss Federal Design Grants (2006 and 2008); the Raymond Weil International Photography Prize (2008) and the BCV Encouragement Prize (2006). In 2007 she took part of an artist residency program in New York and started her project named Kodak City in Rochester. Her second monography was published by Kehrer Verlag in 2014 and looks at the demise of the once booming Kodak empire.