Conceptualised by Yan Duyvendak, <<Invisible>> is a game which sends you into your public space to play a collective game. With a small group of 8 to 12 people, starting from a short score and account of a previous experience, you carry out minuscule interventions. Together, you create a tiny situation, sensible but invisible, of which you are at the same time the initiator and the spectator. For an instant you might witness a strange, comical, political or surprising poetry of the absurd of which only you know the origin. If you play the game, you’ll feel, like a secret commitee, the possibilities of the living together. <<Invisible>> will be performed at various venues as part of Serendipity Arts Fest. 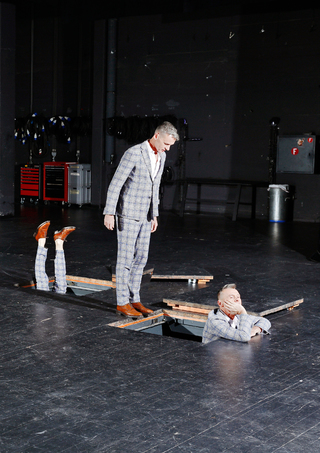 Yan Duyvendak is a theatre-maker based in Switzerland. Born in the Netherlands, lives between Genève and Marseille. Trained at the Ecole Supérieure d’Art Visuel de Genève, he works in contemporary performance and live art since 1995. Since then, he has produced a chain of creations and performances at international venues. Over the course of years, he has increasingly become a point of reference in Swiss and European art. His art underlines in particular how the overwhelming mass of televised, computer and mental images as well as our social codes and other rituals of our fun society thicken the curtain between ourselves and reality. Yet his work never fails to affirm human dignity and show the extent to which it is imperilled by our image-dominated society.