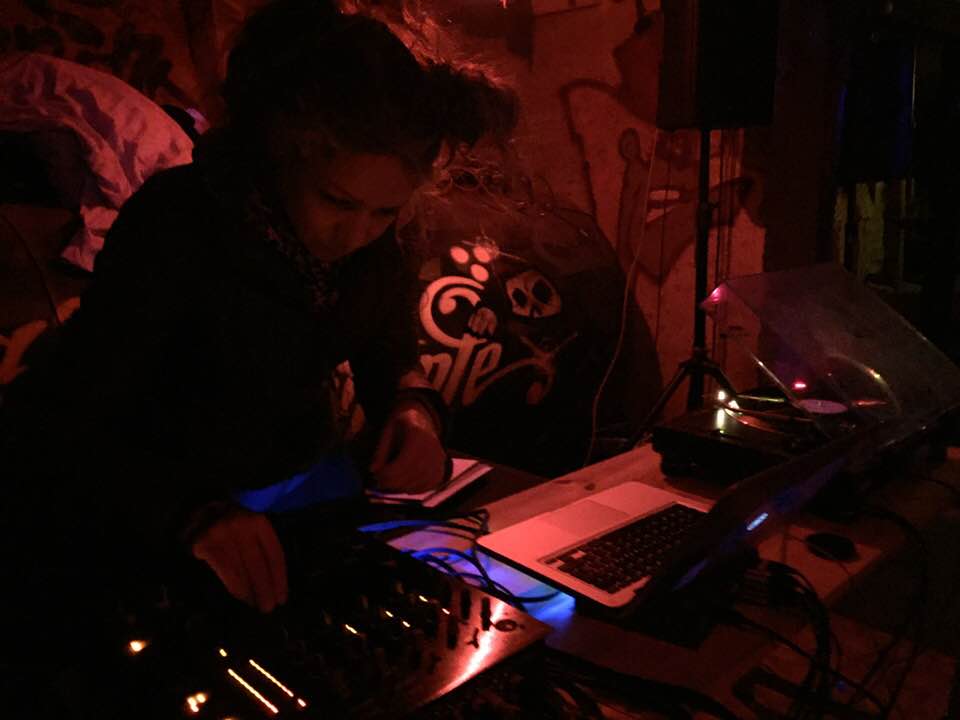 Born 1984 in Zurich, Claudia Cerri is currently based in Geneva

The project “nur” is a direct outcome of Claudia Cerri deejaying as Nure Onna, where, over time, its sets became more and more infiltrated by self-made field-recordings and other alien sounds. The day nur discovered the magic of effect pedals it was officially doomed and is ever since completely addicted to producing sounds, at home or anywhere else on this planet.

In the past and in the present Claudia has worked and still works as barmaid, waitress, cook, translator, cleaning service, booker & host at music venues, circus artist, circus teacher & generally working with kids.

nur is professionally involved in different cultural projects and works mainly in, around and with projects and situations involving sound and movement, performing with sound – using electronics, field recordings, voice, and cheap synthesizers-, alone or in collaborations – like †oile†, Kebab Injection or Gagi Monschter – or working as an acrobat and dancer, in the collaboration turcoyzz, co-founder of the cie kraD. nur is performing with Arachnur at the moment, their first creation.

The “Pagel Research Trip” is Claudia aka nur’s project to drive by motorbike from Mysore to Varanasi, meeting people and institutions involved in (experimental) music of any kind on the way up north. The goal of these encounters is to create contacts, thus creating a network for future exchange projects and collaborations.

One of the intended projects would be to organize a tour, consisting of a series of concerts, from Mysore to Varanasi. This research trip would also be a test to find out if such a tour will be feasible by motorbike in such a short time.