Swiss author Dana Grigorcea will be on an India tour this September as part of her participation in Long Night of LiteratureS.

She will be reading from her book An Instinctive Feeling of Innocence translated by Alta L. Price for Seagull Books. Dana’s debut novel Baba Rada. Life is Temporary and So is the Hair on Your Head won Swiss Literary Pearl in 2011. For her India tour. An Instinctive Feeling of Innocence was winner of the 3sat Prize. Dana’s visit to India is also supported by the Embassy of Switzerland. 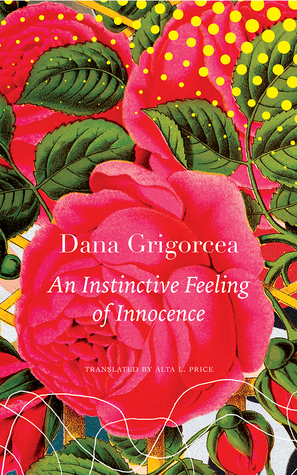 An Instinctive Feeling of Innocence

An Instinctive Feeling of Innocence by Dana Grigorcea
A burlesque speedy downhill ride into Romanian history.

Victoria has recently returned from Zurich to her hometown Bucharest, where she works as an employee in a bank. With the bank being robbed, things start to change for her: Victoria is given some time off work so she can process the traumatic experience. Her frequent strolls around the city bring back old memories from her childhood during the Ceausescu era and connect with her encounters in todays Bucharest – weaving together a lively portrait of Romania, as well as a book about remembrance. Dana Grigorcea was born in 1979 in Bucharest. She studied German and Dutch philology in Bucharest and Brussels, Film and Theatre Direction in Brussels and Journalism in Krems. Grigorcea was awarded the 3sat Prize in Klagenfurt at the Ingeborg Bachmann competition 2015 for ‘An Instinctive Feeling of Innocence’. Her debut novel, ‘Baba Rada. Life is Temporary and So is The Hair on Your Head’ has been awarded with the Swiss Literary Pearl 2011. After living in Germany and Austria for many years, Dana Grigorcea now lives in Zurich with her family.