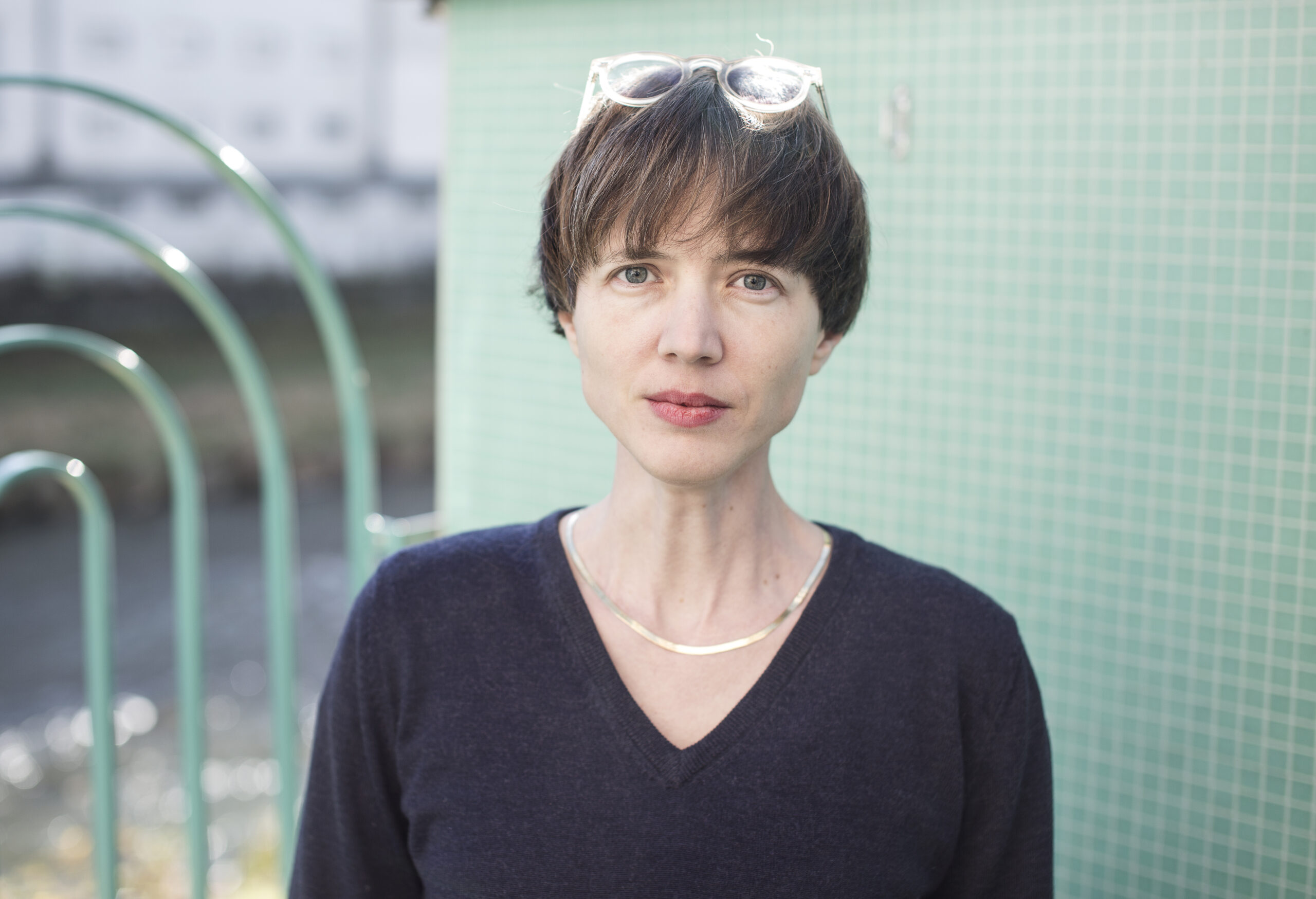 Nele Dechmann lives and works in Zurich. She moves in a niche area between art and architecture, investigating what architecture means for society. A special focus lies on how global systems and local realities create architectural form. In this Q & A we talk with Nele about her home-not-alone research project which evolved from her work “the fake storefront” at Jaipur Panorama 2019.

1. Tell us about your project “Delhi Window.“

The project looks at storefronts that are situated informally in the streets of Delhi. These storefronts are made in a very improvised way, with found materials. They occupy parts of the public streets and need to stay removable. But still they can be pretty elaborate. They all open while in function and they have closing mechanisms when they are not in use. Some of them become more and more “heavy“ until they are concrete structures and become part of the fixed street-layout.

2. What is the inspiration behind this project?

The inspiration came from another project in India, “the fake storefront,“ which I made for the Jaipur Panorama. Back then, I took an interest in storefronts made in a colonial style. What was intriguing was the architectural style that travelled and became a direct face of the street. This architecture carries an ambivalent message; on the one hand being an architectural addition, an enrichment and, on the other hand, appearing in an imposed and perhaps even intrusive way.

But the research changed in the moment the researcher in Delhi, Rohan Patankar, took another interest in the topic of the storefront. And we had a closer look at more informal, maybe more locally grown typologies. As my intention is to learn from foreign places, I liked the shift to a vernacular phenomenon.

3. How do you intend to go about this exploration?

I want to bring part of the findings of our research back to Zurich. The idea is to use Indian printing technologies to create a product that will be out-of-the-box for Swiss printing products. I want find a way to bring the street life of Delhi into the streets of Zurich.

4. How is it to be on a home-not-alone residency? How does it compare to a ‘normal’ residency?

It is very different, Rohan and I only met over the computer. First of all, communication over Zoom requires more time, it is much more efficient to sit together at a table and find solutions face-to-face. But an aspect I really like is that it forces oneself to almost blindly trust a co-worker that you never met, maybe never will meet. That this very constructive collaboration through space and different cultures is possible throws a light on a very positive human aspect.

5. What do you hope will be the outcome of this residency?

There will be a printing object, of which I hope it will communicate a bit about the depth of Delhi street life in Zurich. It will be a small window into Delhi.