Pro Helvetia New Delhi has been active in the following countries in South Asia:

The liaison offices abroad and residency programmes play an important role in maintaining international cultural relations and promoting dialogue with other cultures. 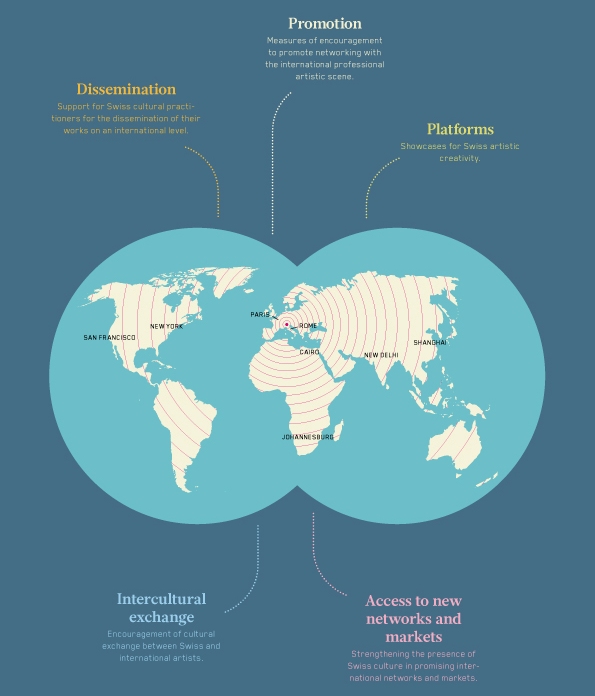 «CROSSROADS»
In Switzerland, the event «CROSSROADS» will be held in February 2018 to give an insight into the work of the three liaison offices in the past years. Details on the programme will be shared shortly.

Pro Helvetia New Delhi opened its doors in January 2007 and has since created links with local cultural practitioners, developed and maintained sustainable partnerships, initiated co-productions with artists from South Asia, and organised residencies. 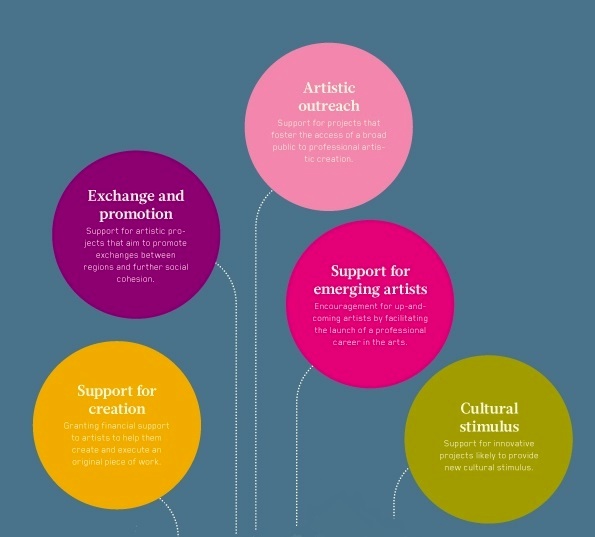 «CROSSROADS»
In Switzerland, the event «CROSSROADS» will be held in February 2018 to give an insight into the work of the three liaison offices in the past years. Details on the programme will be shared shortly.

The 43rd edition of Passages published in January 2007 marked the opening of the Swiss Arts Council’s liaison office in South Asia. We revisit the issue to look back at views as Pro Helvetia New Delhi opened it’s doors to artists.

Passages 43: India and Switzerland
‘So Near – So far’
(Editorial of the special issue)
Pro Helvetia opens its first outpost in Asia at the beginning of January 2007: a liaison office in New Delhi. This new office will do more than assist Swiss cultural producers hoping to make inroads in India, it will also set new accents in mutual cultural exchange. And in the process, it will be able to build on existing cultural relations, expanding them through new partnerships.

Whether ashrams or Alps: India and Switzerland are not linked by their reciprocal yearnings alone, but equally by things they so obviously have in common, though perhaps in very different dimensions. We need only think of federalism, multilingualism and multiculturalism.

The present issue of Pro Helvetia’s cultural magazine Passages hopes to open readers’ eyes to these shared aspects, without resorting to rose-coloured glasses. But it also wants to highlight differences. All with a view to illuminating the backdrop against which cultural cooperation must prove itself.
You will receive a first-hand impression of what makes cultural life in India tick. From the standpoint of authors from Mumbai, New Delhi, Kolkata, Chennai and Bangalore. How does India’s multilingualism compare with our own quadrilingualism? What is the nature of India’s struggle for cultural identity between globalization and tradition? How does India view the legacy of the Swiss architect Le Corbusier?

But you will also find out about Swiss artists’ perceptions of India, why we enjoy Bollywood films, what intrigued Swiss artist Alice Boner about India, what connects Basle with Kolkata and, finally, what draws Indian tourists to the Titlis.

Take advantage of the fascinating opportunity offered by the Pro Helvetia liaison office in New Delhi and join Passages in observing perspectives shift between two partners with a genuine desire to know each other better.

The links below contain brief descriptions of projects held over the past ten years, and are being kept for reference and to show the function of Pro Helvetia New Delhi in the region.

Announcing the Awardees of the Studio Residency 2023 from Switzerland