For more information about

This first ever international ceramics event to be held at the Jawahar Kala Kendra will present 37 Indian and 13 international artist projects, 10 collaborations, 12 speakers, a symposium, film screenings and workshops.

Swiss ceramic artist Jacques Kaufmann, who is also the president of the UNESCO affiliated International Academy of Ceramics, will create an architecturally scaled work for the Indian Ceramics Triennale: Breaking Ground at the Jawahar Kala Kendra in Jaipur.

About Jacques Kaufmann
In 1988, Jacques Kaufmann opened his current studio near Geneva, in France. From 1995 on, he has taught at the Ecole d‘arts appliqués of Vevey, and was made chair of the ceramics department in 1996. Since 1999, his activities in China have allowed him to contribute to exhibition exchanges in Europe and China. In 2008, Kaufmann joined a group at Hepia, the University for Engineering, Architecture, and Landscape Architecture in Geneva, to conduct research on “green” walls at city scale. Currently, he is the residing President of the International Academy of Ceramics. 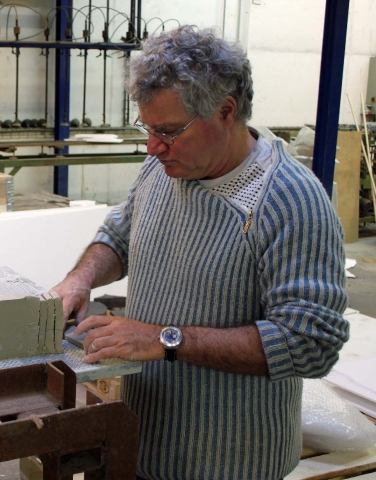