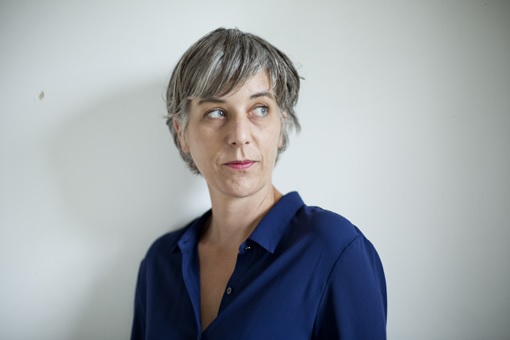 Gabriela Löffel works with time-based media, focusing on fields such as politics and economics. She observes the structures that govern the representation of realities, which might be called the space of mediation. Fragmenting, translating and shifting of the immediate document to interpretation and mise-en-scène are strategies she uses in her working process. This method allows her to create and propose zones of questioning and reasonable doubt, where linear reading is disrupted. These audio-visual compositions are then translated into multichannel video installation form in space.

Gabriela Löffel started the research work for “Inside” in the Free Trade Zone in Shanghai, at the International Artwork Exchange Center then under construction. With this project, she explores issues related to the freeports for art storage, also using translation processes to raise questions about the structural conditions for the type of global finance systems at work in these art freeports.

After Shanghai, she continued her exploration at the Geneva art freeport. There, in front of the first freeport of the kind (model function), she staged and filmed a translation sequence. The freeport of Geneva serves here as the film setting where interpreter Ti Wang simultaneously interprets from Mandarin Chinese into English the conversation Löffel recorded during her visit at the construction site of the “International Artwork Exchange Center” in Shanghai.

Another part of “Inside” approaches the interior of the Art Free Port. The impossibility of filming the real Inside has led Löffel into the domain of Virtual Reality and to the places where these realities are designed, the VR studios. In one of the most innovative European volumetric production studios “4D Views” in Grenoble, the interpreter, Ti Wang, works again between the Chinese and English language. This time, she interprets the texts that Löffel has mandated from Chinese and Swiss lawyers and historian specialising in the question of freeports. Each of them gave explanations and comments on terms she had proposed, like “Territory”, “Offshore”, “Technique”… . As the interpreter translates these recorded audio files at the “4DViews” studio, she is led with the help of VR glasses inside a fictional 3D art freeport, created according to Löffel’s indications.

All these work phases and interpreting processes were filmed in their entirety and edited together with the different voices into a 3-channel video installation.

The transfer of these themes pertaining to art freeports into a place of translation, of performative language, and virtual reality, allows Gabriela Löffel to create space for interruption, and gives way to possible insights on the overlaps between the fields of economic policies, financial structures and art markets.