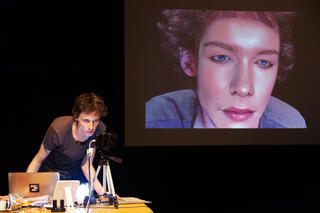 Following the success of Spaarkk, Attakkalari Center for Movement Arts presents “Interweave,” a hybrid choreography project where digital pieces of movement explore themes evoked by the pandemic.  Choreographers Simon Senn and Anna Anderegg collaborate in this project with Indian dancers and artists, leading up to a showcase in December of two interdisciplinary movement pieces. Through this residency, Simon seeks to discover what sensory intimacy in the virtual world can be like, while Anna aims to explore the idea of fragmented consciousness in the analog and digital. Interweave enables the exchange of ideas, skills, devices and even embodied experiences through digital medium to co-create new hybrid artistic expressions.

Simon Senn, born in 1986, is a videographer and visual artist and lives in Geneva. He has completed a Bachelor of Fine Arts at the HEAD in Geneva (Haute école d’art et de design) and a Masters at Goldsmiths College in London. At first sight, Simon Senn’s work sometimes gives the impression that he is a socially engaged artist speaking out against a certain type of injustice. However, his work reveals a more ambiguous approach. Although primarily based on reality, there is always a layer of fiction that is interposed in his work. He has exhibited at the Liverpool Biennial, the Institute of Contemporary Arts, London, and the Kunstmuseum Bern, and has won several prizes including the Swiss Performance Art Award, Swiss Art Award, and the Kiefer Hablitzel Award. 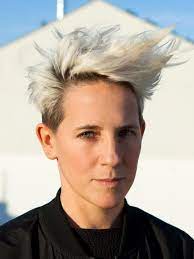 ANNA ANDEREGG studied dance in Bern, Montpellier and Berlin. In 2013 she won both the June Johnson Award (Swiss national dance prize) and the German Kultur & Kreativpiloten Deutschland award. Anderegg’s work has been shown throughout Europe, as well as in Asia and the United States. In 2018, she created the piece “Fragmented”, commissioned by the Garage Museum of Contemporary Art in Moscow. Between 2017 – 2019 she was a visiting professor at the University of Applied Sciences of Northwestern Switzerland (FHNW). In 2021 she was commissioned to create the Swiss pavilion project at the Gwangju Art Biennale in South Korea, where she developed a performance, an installation, and a movie called ALONE TOGETHER.

In her practice, ANNA ANDEREGG explores the interdependence of the human body and its habitat. Her work can be seen as a bodily and henceforth spatial negotiation between closeness and distance. This becomes a conscious mediation between the audience, the dancers, the space and the imagination. Her choreographic works leave a strong visual impact in a multitude of art forms that cluster in unexpected environments, from public space, private apartments, industrial halls, theaters to art museums.