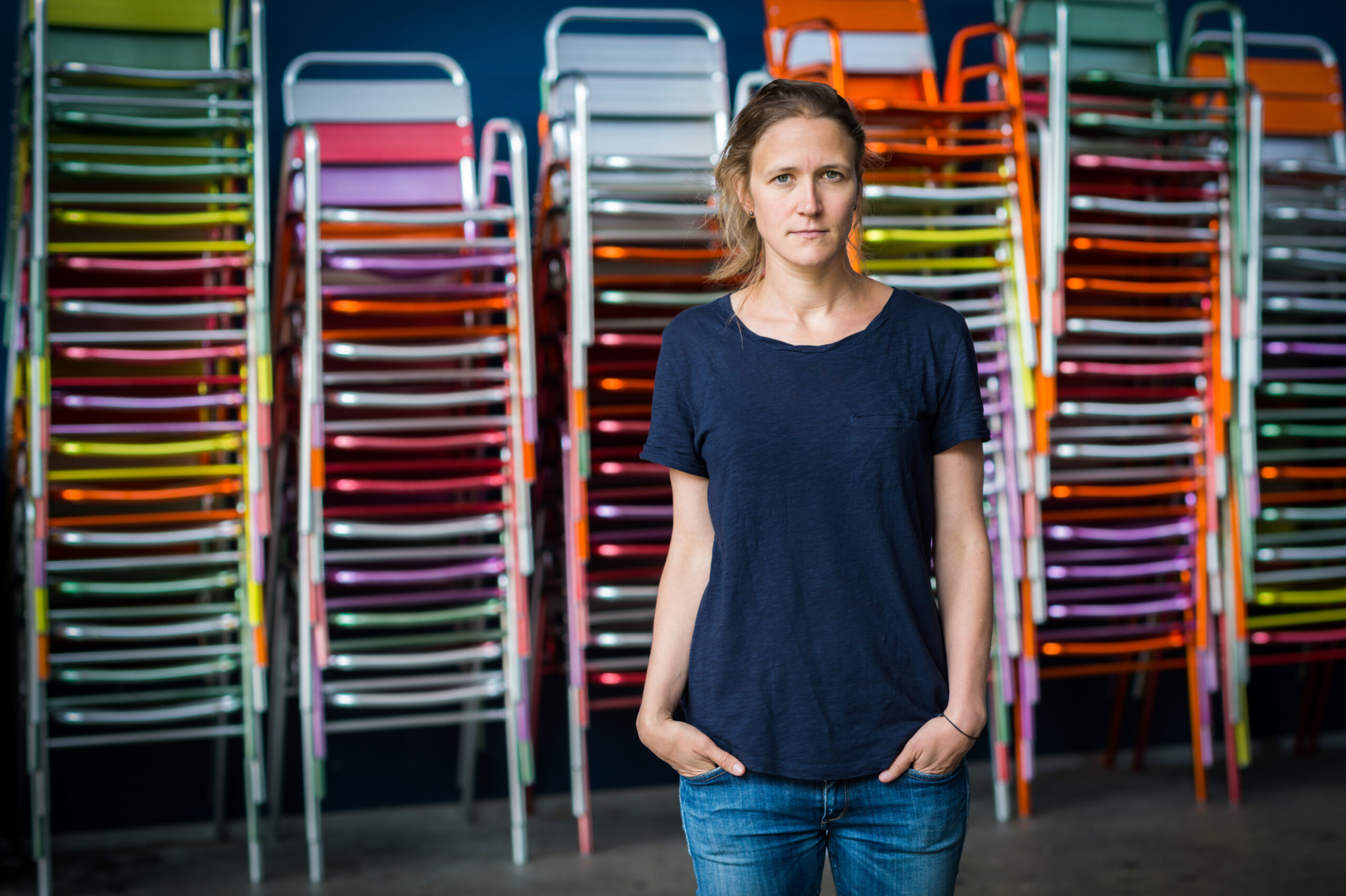 Martina Clavadetscher will be participating online at the Drukyul’s Literature Festival in Bhutan. Formerly “Mountain Echoes,” the festival is now also known as “Bhutan Echoes.” This year the festival will be held under the theme “Stories and Ideas for a Changing World.” Clavadetscher will be presenting her latest novel Die Erfindung des Ungehorsams (The Invention of Disobedience).

In The Invention of Disobedience, Martina Clavadetscher draws on sci-fi and the neo-gothic – with playful allusions to Mary Shelley and Ada Lovelace – to create a feminist, dystopian novel that questions what it means to be human.

Award-winning author Martina Clavadetscher studied German literature, linguistics and philosophy. Since 2009, she has been working as a writer and playwright.

Her first novel Sammler was published in 2014. During the 2013/14 season, she was the resident playwright at the Lucerne Theater. In 2016, she won the Essener Autorenpreis for her play “Die umständliche Rettung“ (“A Complicated Rescue”). Her play “Miss Ada Thinks Outrageous Things“ (“Frau Ada denkt Unerhörtes”) was staged at the Schauspiel Leipzig in September 2019 and was invited to renowned theater festivals in Heidelberg and Berlin.

This online event is supported under the Swiss It! initiative by the Embassy of Switzerland in India and Bhutan and Swiss Arts Council Pro Helvetia.