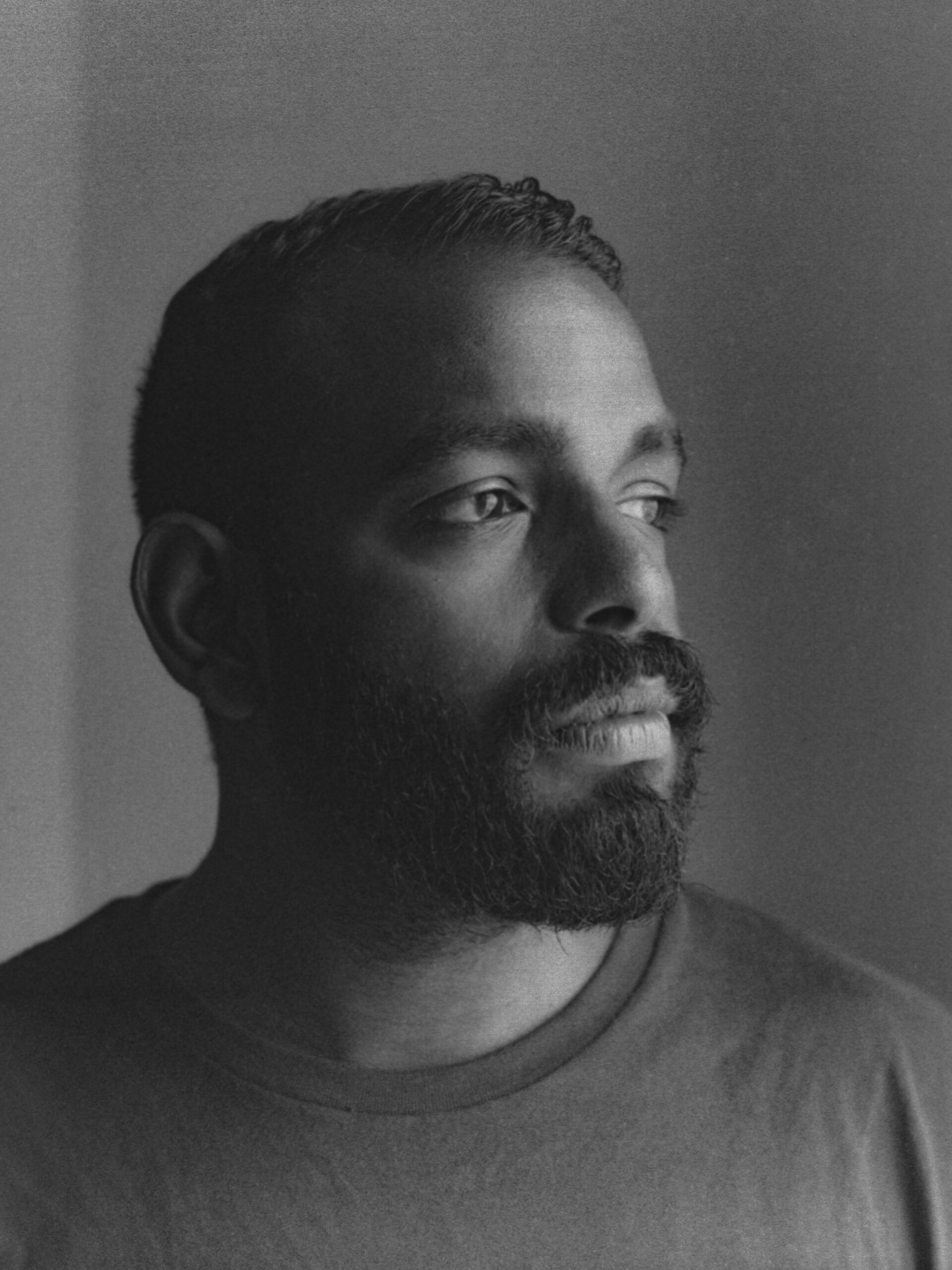 Sandev Handy is an artist, curator and art educator based in Colombo, Sri Lanka. He currently serves as the Assistant Curator to the Museum of Modern and Contemporary Art Sri Lanka, is one part of an artist collective called ‘the Packet’ and is a co-curator for the House of Kal, Colombo as part of the trans*oceanic platform “a language where yesterday and tomorrow are the same word. Kal.” His research and practice currently cycle between fugitive pedagogies, Afro-Asian networks of solidarities, and the malleability of the body in its relationship to various technologies of power. His work has been shown in Sri Lanka, India, Iran, Berlin, Pakistan, New Zealand, and the United States.

Sandev’s work dwells primarily on ideas of the body, power, force. He is interested in how violence metastasizes and leaves traces in the meeting of these ideas. Rather than acts of external violence, however, his work has engaged with prolonged acts of internal violence: where ideologies, economies, and systems perpetually push, pull, and re-sculpt, rendering bodies malleable; leveraging them toward alterity.

During his residency at Atelier Mondial, Sandev plans to balance his time between a studio practice and various forms of reconnaissance. He is interested in locating traces of an ‘event of force’ exercised in the form of documents, public physical traces in the city, and narratives evinced in the form of archives and collected objects. In particular, he is interested in recreating or attempting to restore or trace backwards these ‘events of force’, to speculate about the time before these events took place, specifically without the event itself showing up in his work.

When displacement is voluntary and temporary as facilitated by this residency, it can be deeply discombobulating and in that same vein exceedingly rich. These moments of jarring re-location have always served as a place of critical reflection for me, where I can be both present in, and alien to, a completely new world: a space where I have often experienced the largest shifts in my work.

Since I am interested in locating various traces of ‘events of force’ and resurrecting the moment before the event took place, I plan to spend quite some time walking around the city and looking at work by other artists’ at spaces such as the Kunstmuseum and the permanent collection of Fondation Beyeler. I am excited about the possibility of sitting with and studying, works such as Louis Bourgeois’ “in Respite”, Anselm Kiefer’s “Lilith”, Francis Bacon’s “Sand Dune”, and Giacometti’s portraits, to name a few. The Pharmacy Museum and The Henkermuseum of torture are also of particular interest to me as potential spaces of research, especially as they provide a perspective into simple tools entrusted with the roles of either exercising force or healing on the body in the most direct and corporeal sense.