Villa Sträuli, is a place for artistic exchange and intends to make stimulating encounters between resident artists and the local cultural scene. The focus of Villa Sträuli is to make available studios for artists in all artistic disciplines, providing them with a place to develop their objectives and projects. Encounters with creative people from around the world lead to the mutual exchange of cultural and human values—this idea lies at the centre of the Villa Sträuli’s efforts.

Pro Helvetia’s effort to award him the residency is to encourage artists and writers to express their views and appreciate the strength and the diversity of enquiry that they are exploring.

About Shahnaz Bashir
Shahnaz Bashir was born and brought up in Kashmir. His essay, ‘A Crackdown in Natipora’, was anthologized in Of Occupation and Resistance – Writings from Kashmir.

Shahnaz’s widely reviewed and critically lauded debut novel The Half Mother won the Muse India Young Writer Award 2015. His short fiction, memoir essays, poetry and reportage have been anthologised or published in A Clutch of Indian Masterpieces: Extraordinary Short Stories from the 19th Century to the Present (Aleph Book Company, 2014); Of Occupation and Resistance–Writings from Kashmir; Growing Up Kashmiri, Caravan, Himal Southasian, Fountain Ink, Kindle, the Byword, Kashmir Lit besides many others. 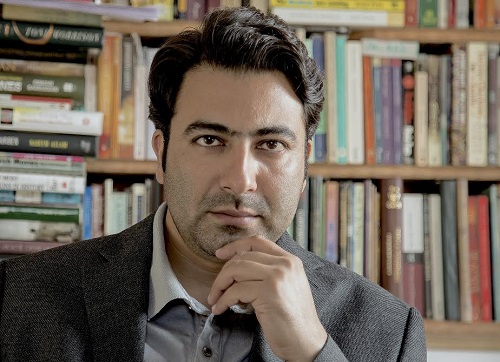 His next book Scattered Souls, a collection of interlinked stories, was out in early 2016 and has been shortlisted for the Best Book-Fiction Award at the Tata Lit Live Awards 2017. In various reviews, his stories have been compared with great writers like Sadat Hassan Manto and Anton Chekhov.