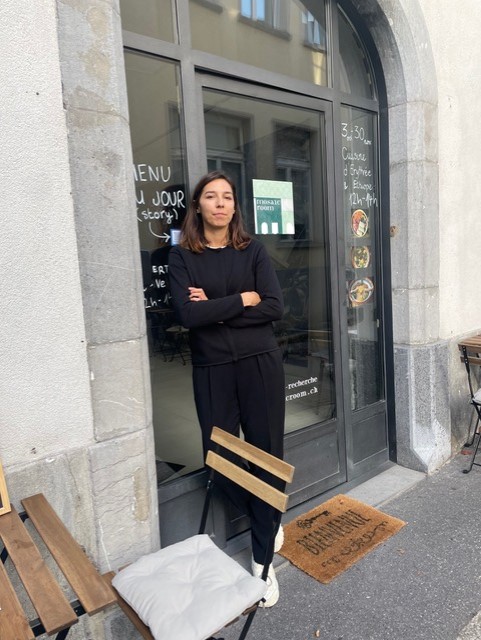 Shakyla Hussain is founder and director of FOCUS association since 2009. She has curated international artistic projects with Kyrgyzstan, Afghanistan and Iran. Recently, she has opened the art centre Mosaic Room which strengthens encounters in the field of art, foodlab and research. She has previously worked in cultural institutions for partnerships development and coordination of artists residencies. She holds a Master’s in International Relations from the Graduate Institute (Geneva) and a digital marketing diploma from the SAWI (Zurich).

Founded in 2009 by curator Shakyla Hussain, FOCUS association aims to encourage cultural exchanges between Switzerland and abroad. It contributes to Swiss creativity and artists’ promotion. It aims to build bridges between artistic fields and contemporary art scenes. With projects in Kyrgyzstan, Afghanistan and Iran, FOCUS has encouraged artists and designers to confront the Other, stimulating sustainable partnerships, which have met with great success and interest from the public and the media. Diversity and social cohesion are the core of its initiatives. To sustain its regional activities, FOCUS considered new development perspectives by creating a multidisciplinary place called Mosaic Room (Vevey, Switzerland). It presents local and international artists, while offering pop-up food, workshops, artistic residencies and a social restaurant.

During 2022-2023, Mosaic Room focuses on “Circulations” between economics and culture in the prism of the subaltern studies. The research will be based on the literary theorist Gayatri Chakravorty Spivvak born in 1942 in Kolkata, which questions the relations of power: “An understanding of the contemporary relations of power and of the Western intellectual’s role within them, requires an examination of the intersection of a theory of representation and the political economy of global capitalism. A theory of representations point, on the one hand, to the domain of ideology, meaning, and subjectivity, and, on the other hand, to the domain of politics, the state and the law. Western intellectual production is, in many ways, complicit with Western international economic interests.” Shakyla’s research trip will focus on the existing intersections between textile industry/art, food research, and Spivak’s theories.