This art prize, endowed with CHF 25’000, aims at promoting artists who support a sustainable world. The prize in the form of an art project was initiated by the artist George Steinmann who grew up in Thun. The art prize emphasises the relevance of dialogue and cultural sustainability in Steinmann’s work method.

Besides George Steinmann, the expert jury consisted of Jürg Neuenschwander, film director and producer, Bern and Paris; Peter Schneemann, professor at the Institute for Art History Bern; Jean Ziegler, professor and sociologist, Geneva; Helen Hirsch, Director of Kunstmuseum Thun and Marianne Flubacher, Head of the Cultural Department of the City of Thun. The jury proposed 8 artists from seven countries and chose Sheba Chhachhi to receive the prize. 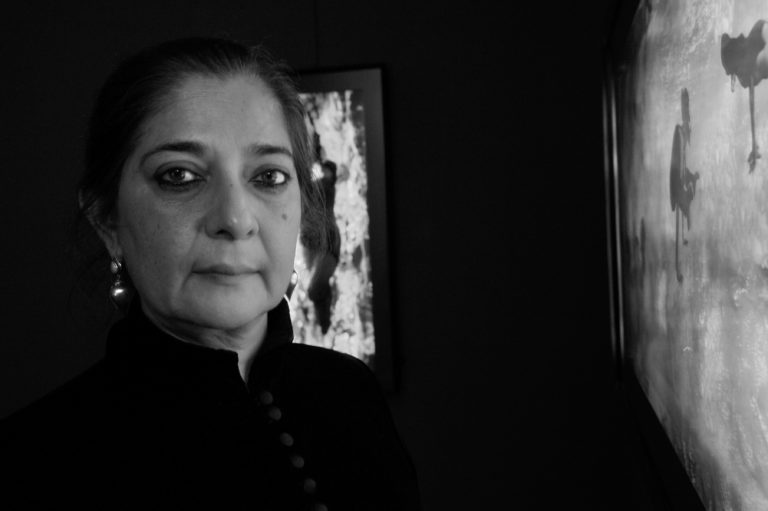 Sheba Chhachhi is an artist, photographer and thinker who investigates
questions of gender, eco-philosophy, violence and visual cultures, with
emphasis on the recuperation of cultural memory. An activist/photographer in the women’s movement in the 1980s, Chhachhi moved on to create intimate, sensorial encounters through large multimedia installations. Her work interweaves the mythic and the social, pre-modern thought and contemporary concerns, bringing the contemplative into the political. She has exhibited widely including the Gwangju, Taipei, Moscow, Singapore and Havana biennales; her works are held in significant public and private collections. Chhachhi speaks, writes and teaches in both institutional and non -formal contexts. She lives and works in New Delhi.

The Prix Thun for Art and Ethics will be officially awarded on Friday 25 August 2017, at Thun, near the Swiss capital city of Berne.