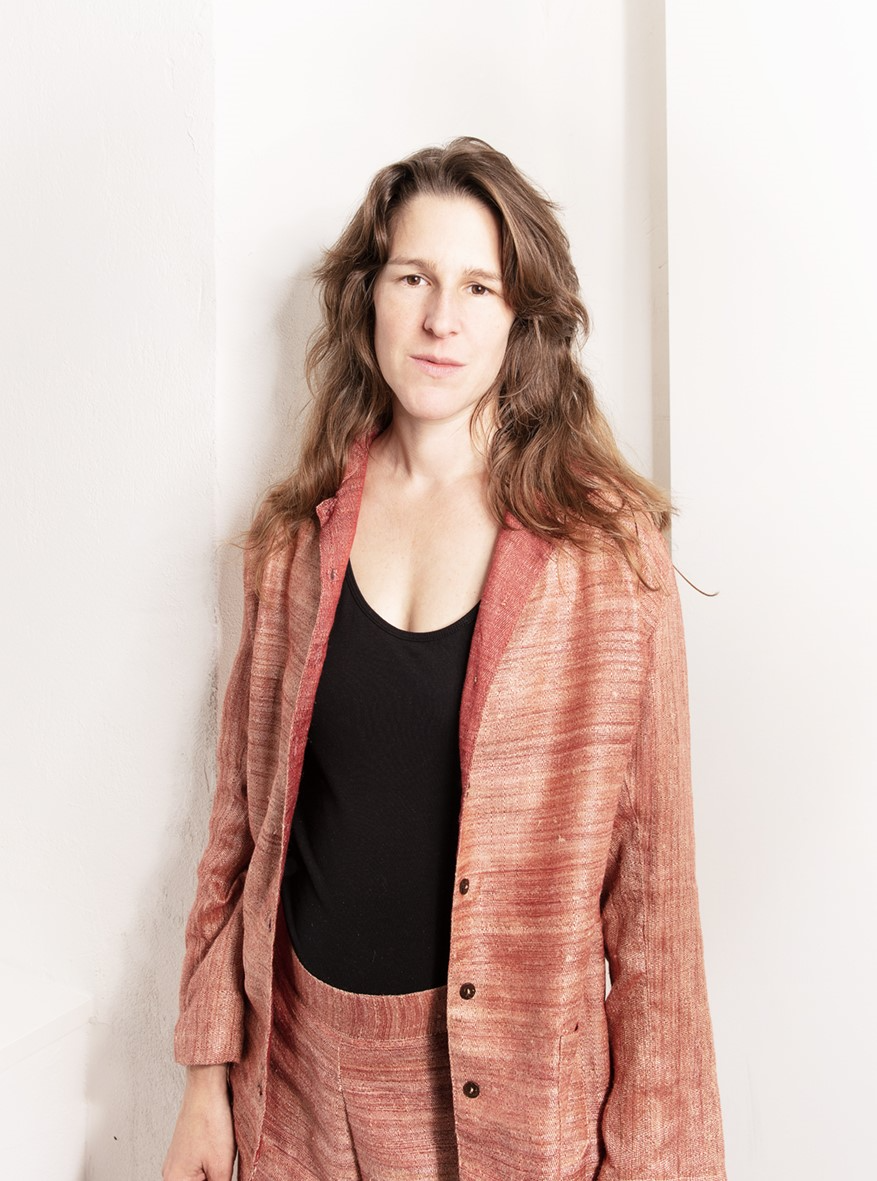 Stefanie Knobel grew up in Switzerland and first studied dance, language and choreography in Bern, Giessen and Paris before working in Fine Arts. Her work pursues a polyphonic breathing that catches up with the technogenic substances in our alienated bodies and brings forth future imaginaries that have yet to be woven. Textile and tactile intersect, allowing the past to resonate in the present. Her transdisciplinary works have been shown at FRAC Lorraine Metz, Kunsthalle Schaffhausen, Künstlerhaus Bremen, Gessnerallee Zurich among many others. In 2019, her work was awarded a prize in visual arts and performance by the Aargauer Kuratorium. Between 2017 and 2020, she was on residencies in Paris, Russia, India and Bangladesh. Since then, the Indian subcontinent has occupied an important place in her work.

During her research trip, Stefanie will aim for the realisation of her actual performance production “Technotropies of the otherwise” that will premiere in March 2023 at Theaterhaus Gessnerallee in Zurich. Being developed in collaboration with artist Samrat Banerjee, the project scrutinizes dominant mainstream narratives of climate disaster. “Technotropies of the otherwise” takes as its starting point the Sundarbans mangrove forest in the Bay of Bengal, which extends over large parts of Bangladesh and India. According to climate forecasts, it will be completely flooded by 2050. Today already, as a result, thousands of people are forced to migrate.

If the people in the Bay of Bengal had the possibility to breathe underwater, they would not have to leave their land and the land of their ancestors because of flooding. Four performers test this future myth on stage and two in the Bay of Bengal. They create gills to inhabit the ocean. Their joint training activates forgotten body parts of our aquatic and more-than-human past. For the ocean to take us into every movement, head and body grow together and swallowing and breathing become one. Learning to look back with our noses and listen with our eyes, we find ourselves in a surging, breathing, rhythmic forest.