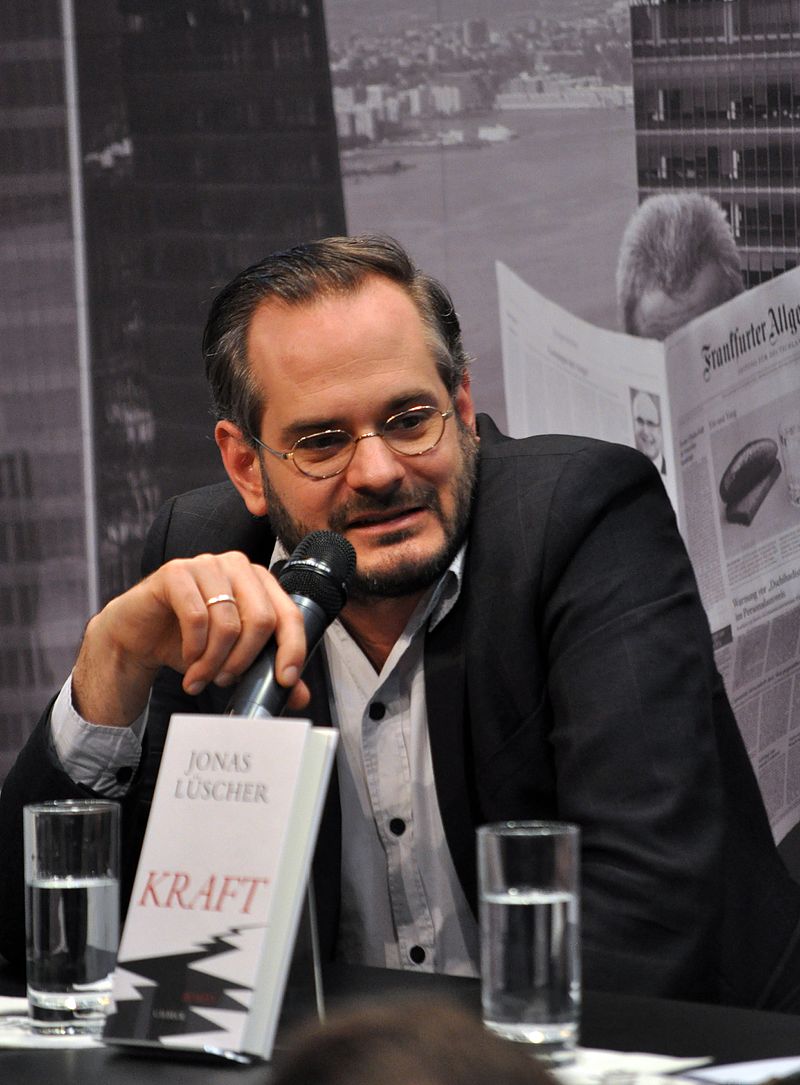 “Words are Bridges: Swiss Literature in Translation” sees Tess Lewis in conversation with author Jonas Lüscher about his most recent novel, Kraft. Jonas Lüscher is a Swiss-German writer and essayist. His second novel Kraft won the Swiss Book Prize in 2017, and was translated to English by Tess Lewis and published in 2020.

Tess Lewis is a writer and translator from French and German.

Kraft is a timely and incisive satirical look at the interplay of philosophy and politics, the arrogance of Silicon Valley technocrats, and the difficulty we have reconciling our ideals to our personal lives.

Richard Kraft, a German professor of rhetoric and aging Reaganite and Knight Rider fan, is unhappily married and badly in debt. He sees no way out of his rut until he is invited to participate in a competition to be held in California and sponsored by a Silicon Valley tycoon and “techno-optimist.” The contest is to answer a literal “million-dollar question”: each competitor must compose an eighteen-minute lecture on why our world is still, despite all evidence, the best of all possible worlds, and how we might improve it even further through technology.

Entering into a surreal American landscape, Kraft soon finds what’s left of his life falling to pieces as he struggles to justify as “best” a planet in the hands of such blithe neoliberal cupidity as he encounters on his odyssey to California. Still, with the prize money in his pocket, perhaps Kraft could finally buy his way to a new life . . . But what contortions—physical and philosophical—will he have to subject himself to in order to claim it?

Jonas Lüscher’s second novel, Kraft, is a hilarious and wicked tale about a man facing the ruins of his life, and his world.

Together with the Jaipur Literature Festival, “Words are Bridges: Swiss Literature in Translation” is jointly presented by the Swiss network in India as part of the “Swiss It” initiative.