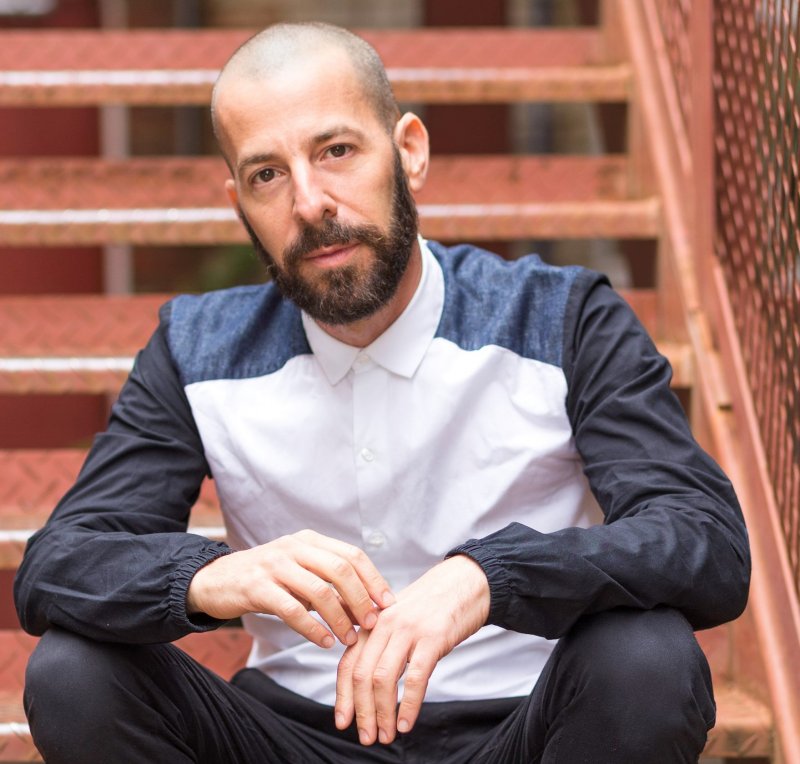 Uriel Orlow lives and works between London and Lisbon. His practice is research-based, process-oriented and multi-disciplinary including film, photography, drawing and sound. Uriel is presenting his work Up, Up, Up at the Kochi Muziris Biennale 2022-23.

The warming climate is causing many changes in our environment and ecosystems which affect biodiversity. Some of these changes and effects are happening quite fast and are already very visible, for example in floods and fires. However, there are others, that take much longer to manifest and often elude our attention. Mountain ecosystems present an interesting contradiction: the climate is warming at a higher pace than the global average, yet the vegetation response is slower than might be expected. Nevertheless, plants—often thought of as unmoving—are shifting their habitat ranges in order to follow the conditions to which they are adapted.

Up, Up, Up consists of video, silkscreen prints, drawings and single colour prints. The work taps into biodiversity research in the Swiss alpsand the Himalayas which reveals the climb of mountain flora due to climate change. By connecting two high altitude locations from the so-called Global North and South respectively, the work translocally addresses urgencies around climate change from the point of view of remote, mostly unseen sites. Up, Up, Up is mindful of what environmental humanities scholar Rob Nixon refers to as ‘slow violence’ – that is, a violence of delayed effects and geographical discrepancies of cause and effect – and is looking at quiet but persistent effects of climate change that escape the spectacle-driven media representation of climate change as well as our own diminished attention spans.

The videos show Sonja Wipf, a botanist and director of research at the Swiss National Park in the Engadine, conducting a survey of plant species found on the top 7 meters of the Gorihorn Peak in order to ascertain which new species have emerged there. In an accompanying video, she explains the complexities of interpreting this high altitude change in flora. Two silkscreen prints show the Swiss Piz Linard mountain (where plant data goes back to 1835 and shows that species have increased exponentially since then) and satellite images of the Himalaya mountain range (where similar research has been conducted since the 1970s). An accompanying series of notebooks show botanical drawings of plants (by Alisha Dutt Islam) that have been newly identified on the Himalayas through various studies in India. Finally, a 30-meter-long stretch of coloured prints, each representing the yearly temperature of the Himalayas from 1900 to today, shows progressive heating of our planet, based on the climate stripes developed by Ed Hawkins at the University of Reading, UK.

Uriel Orlow’s work has been presented at major survey exhibitions including in 2022 at the 12th Berlin Biennale, British Art Show 9, Kathmandu Triennale 2077 and 14th Dakar Biennale and previously at the 54th Venice Biennale, Manifesta 9 & 12 in Genk and Palermo, 12th Taipei Biennial, Lubumbashi Biennial VI, 13th Sharjah Biennial, 7th Moscow Biennial amongst others. In 2020 he received the C. F. Meyer Prize and in 2017 he was awarded the Sharjah Biennial prize. He also received three Swiss Art Awards at Art Basel (2008, 2009, 2012) and was shortlisted for the Jarman award in 2013. Orlow’s work has been shown widely in museums and galleries including at Tate Modern, The Showroom, Whitechapel Gallery and ICA in London; Centre Pompidou, Bétonsalon and Palais de Tokyo, Paris; Kunsthaus Zurich; Castello di Rivoli Turin; Contemporary Image Collective Cairo; Kunsthalle Mainz; Market Photo Workshop Johannesburg and many others. Follow Orlow on Instagram at @urielorlow