For more information on the workshop and for registration click the button below.

Theatre director Boris Nikitin will lead a workshop ‘Revolution of The Vulnerable’ in Mumbai from 26 to 28 July 2019. This workshop is part of an international workshop series called Starting Realities, hosted by Anuja Ghosalkar and Kai Tuchmann in collaboration with Point of View. The workshop by Boris Nikitin will create a space for expression, that through this act of sharing transforms vulnerability into a powerful tool.

About the Workshop ‘Revolution of the Vulnerable’
At the beginning of every public change there is a coming out. Whether it is about sexuality, faith, illness, a dissident political conviction, the desire to die, the showing of a work of art or the expression of a stupid thought. People go out to come out. They cross the boundary of shame. Expose themselves, give themselves a voice, be it spoken, written, whispered, ruffled or with a deliberate silence. Exhibit their body. Make themselves visible, criticizable, attackable  – in short: vulnerable. But that vulnerability also undergoes a re-evaluation through this act of sharing. It suddenly turns from a supposed deficiency into an ability: Vulner-ability! The ability to be vulnerable, attackable and mortal. 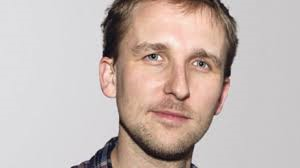 About Boris Nikitin
The theatre director, author and essayist Boris Nikitin, born in Basel and a son of Ukrainian-Slovakian-French-Jewish immigrants, writes and directs in the international independent theatre scene as well as in established city theatres. He is the initiator and artistic director of the festival “It’s The Real Thing” that takes place biennially in Basel/Switzerland. For the last ten years his theatre works and festival have been reflecting the representation and production of reality and identity in politics, economy, religion, personal stories and in the arts. Nikitin’s pieces, texts and programs always look for the dazzling boundary between performance and illusion-theatre highlighting the ambiguous and the potential in which individuality and the capacity to act become thinkable in new ways.